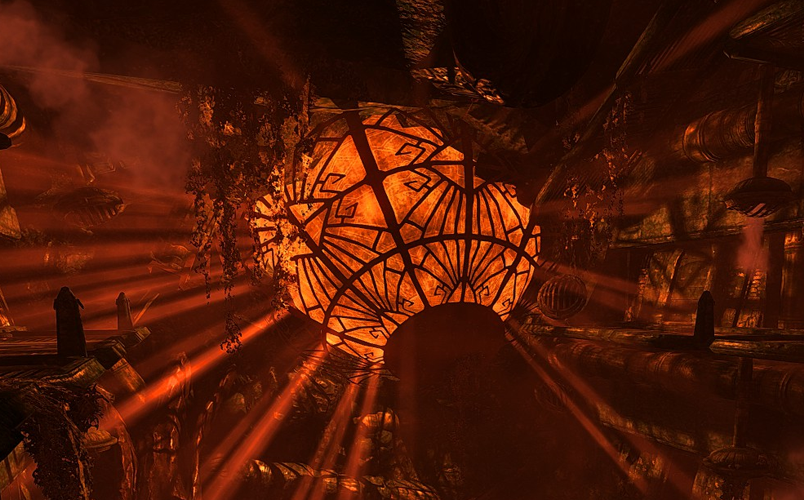 Despite the game turning seven years old this year, and the Special Edition bringing in even more players to the scene, Skyrim modding is still alive and well. Here’s my personal “best of” list for 2018 mod releases!

A DLC-sized quest/content mod that adds a truly impressive amount of content to the game, it’s not unreasonable to call this one of the best quest mods ever released for Skyrim. It’s got enough content to rival an official DLC in size, including a main quest/story, side quests, collectibles and secrets, a massive new set of zones to explore, and great voice acting.

And yet, despite all that, my favorite thing about the mod is undoubtedly the visual style and detail of the environments.The mod is utterly beautiful, with lighting and design unparalleled by any other mod I can think of.  My only complaint is that I didn’t care too much for how the quest begins (from a roleplaying standpoint), but the content was interesting enough I didn’t worry about it too much.

I’ve always really enjoyed Skyrim’s random world encounters, but after a few hundred hours playing for a while, you’ll start to realize there really aren’t that many of them, and most aren’t especially interesting or interactable.  This mod makes this concept a dozen times better by adding tons of lore-friendly and custom voiced  events (apparently more than 70). These can be related to the games main guilds/factions, interesting travelers on the road, ambushes, etc. It also tweaks several vanilla events to have additional options.

Every event can be turned on or off via the mod’s MCM, including vanilla ones. This mod is a must-have for anyone who has put a good amount of hours into the game and is looking to freshen up exploration and make the world feel much more alive.

Expressive Female Animation (and its male equivalent) is a mod Skyrim has sorely needed. The vanilla Skyrim facial animations get the job done, but in an unaesthetic and not especially human looking way. This mod addresses both of these issues by de-robotifying facial expressions and improving the general appearance of all facial expressions.

Its changes apply to both the player character and NPCs.

An expansive player home and village, built Hearthfire-style by the player. I’m a huge sucker for buildable homes, and this is basically an all-you-can-build buffet. The village and keep designs are really gorgeous – especially the exterior – and its built in the Falkreath forest area, near lake Ilinalta, which is one of Skyrim’s most scenic areas (and popular house locations). You can choose to build things in whatever order you want, with only a few reasonable limitation, such as needing to build the keep/player home before you start on the village, similar to Hearthfire homes.

This mod is perfect for a noble or landowner type of playthrough, or for characters who would prefer to found their own village and look after their own citizens rather than acquiesce to the rule of an existing Jarl (perhaps to remain civil war neutral? or because the existing Jarls all have their own share of faults?). The only potential downside is that it takes a lot of raw material/resource dedication, so unless your character is already quite rich, it might be a good idea to start working on it or hoarding materials early on in your playthrough.

Kaidan is a very immersive follower with his own extensive backstory for the player to discover. The second version of the original “Kaidan” companion adds even more dialogue, commentaries, new quests, and other additional features, making Kaidan one of the most immersive and lifelike companions available. His dialogue and voice acting are extremely well done, with Kai’s character (and friendship) developing as you progress through his quests and get to know him better. He also has an optional romance path available (triggered by wearing an amulet of mara).

I enjoyed the original mod well enough for its good voice work and well developed story, but this enhanced version of the mod makes Kaidan one of my favorite followers ever. The only downside – in my opinion – is some main quest completion being required to finish his investigation questline,  which means doing so is more ideal for Dragonborn players.

2018 was a great year for followers! Lucien is a custom voiced Imperial follower with thousands of lines of dialogue, and voice acting that’s very easy on the ears. However, what really sets Lucien apart are the custom leveling/training and “dynamic personality” system. Initially, Lucien has a fairly basic set of combat skills and combat style, but as your adventure progresses, you can train him in specific combat styles, train him, and teach him spells. This allows Lucien to complement any character build or playstyle.

Lucien also has an interesting “dynamic personality system”, where based on your actions and responses to his dialogue, he’ll gain approval towards your character or bravery, altering how he responds to you. Lucien also really shines in his interactions with other custom voiced followers: he has fun custom interactions with many other followers, including Inigo, Kaidan, Hoth, Auri, and others.

Ever feel like your actions have no bearing on how NPCs react to you in-game? That it’d be awful nice of people actually responded to you in ways that were character appropriate? It only took 7 years, but that can finally be a Skyrim reality!

Skyrim Reputation is simple and lightweight, but adds so much more depth to simple day to day interactions with NPCs. Want to finally be reviled for your evil deeds instead of everyone quitely forgetting about all those dead bodies? Find it strange that outside of people you help directly, no one cares about how much you’re doing for their town? This will fix that for you – or at least bring it a little closer to what it should have been.